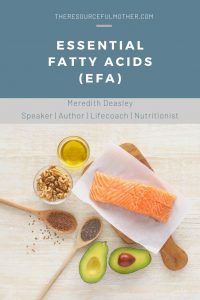 The #1 nutritional deficiency in children is Essential Fatty Acids. EFAs boost metabolism, energy levels, improve digestion, build the immune system and promote cellular healing. It is most important that you and your child consume EFAs, as our bodies cannot manufacture them. We need to obtain them from breast milk, foods or supplements. 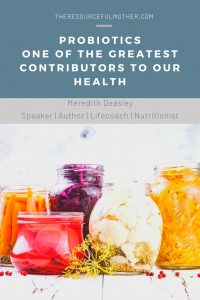 Probiotics – One of the Greatest Contributors to our Health

As a group, our children are the sickest youth in the history of the human species. They are reacting to food and suffering from poor digestion, yeast problems, sensitivities and allergies like never before. All of these epidemics have one root cause— a lack of good bacteria in their intestines, also known as dysbiosis. 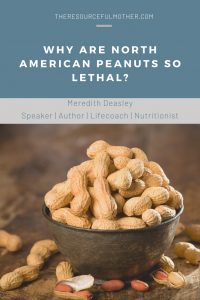 Why Are North American Peanuts So Lethal?

Parents often ask me why peanuts are as lethal as they are. In North America, peanuts are specifically planted in soil where crops are heavily sprayed, in order to clean up the soil. It’s not the peanuts that are as much of a problem as the toxins that the peanuts absorb! Peanuts (which are legumes, by the way, not nuts) and some tree nuts contain aflatoxins, a fungus, which comes about from the spraying of pesticides and fungicides. The spraying prevents the peanut plant from building its own protection against mold and fungus. These alfatoxins produce poisons and must be deactivated by good bacteria in the intestine

Proper Nutrition – Key to the Twinkle in Our Eyes

It is my most fervent wish that you embark on the journey of feeding your child healthier, dare to be different and then look at me with that zest for life. I’ll see the twinkle in your eye and know what you’ve been doing. I’ll ask that you save the actual lives of other children by spreading the word, or simply setting an example of health. One day you might be asked, “Your son seems so much happier; what did you do differently?” You might say, “I just learned how to feed him to help him reach his full potential.” If you can answer in that way, it is obvious that you are doing the very best you possibly can for your child. 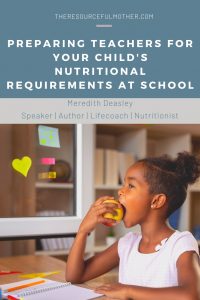 Preparing Teachers for Your Child’s Nutritional Requirements at School

Today it’s rare to find a place that hasn’t had to deal with children eating differently than the majority. Communication is the key to keeping your child safe in school or daycare. Don’t wait until the first day to discuss your child’s way of eating or food sensitivities or allergies with the teacher(s). You can start laying the groundwork as early as the April or May, prior to school starting. Here are 4 tips on how to prepare teachers for your child’s nutritional requirements at school. 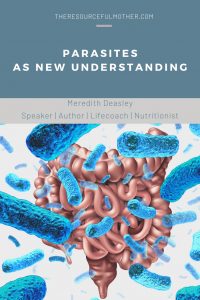 My children have had parasites get out of control a couple of times, usually following our fun vacations in Mexico. Each time, I have treated their parasites naturally and brought their systems back into balance. Recently, I was diagnosed with parasites that I determined had been plaguing me since 2006! These parasites had caused me to gain weight, experience fatigue and react to food like never before. Just last week, I got the parasites under control. I am so excited by how fantastic I feel that I decided to write about these nasty little organisms that can take over anyone’s body. 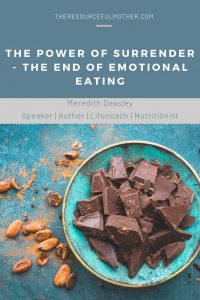 The Power of Surrender – The End of Emotional Eating

When is it time to put your needs first? When will you be strong enough to say “no”? When are you going to start setting boundaries as to how you spend your time or how you are spoken to or what you feel is acceptable in your life? When are you going to stop living the life you feel you “should” be living and truly live the life you want to live? What part of your life do you need to surrender in order to truly respect yourself? 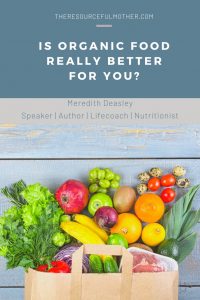 Is Organic Food Really Better for You?

By cutting out all the convenience and junk food and focusing on quality foods such as fruits and vegetables, you may find you’re actually able to spend less on groceries in the long run. Just think of the improved health that organic food brings and you may start viewing the cost of organic food differently too! When children become accustomed to eating nutritious organic food, good eating habits are formed, which helps them stay healthy for a lifetime. 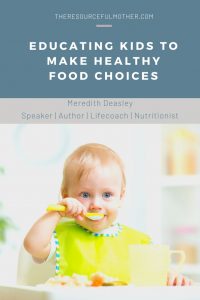 The secret to educating your child to make healthy food choices, is to make the connection between what your child eats and how they feel.  I will share an example of how I did this, many years ago, with one of my children.  My daughter, Paige was only two years old and had recently started school.  At my girls’ school, snacks were laid out on a table for all the children to indulge in whenever… 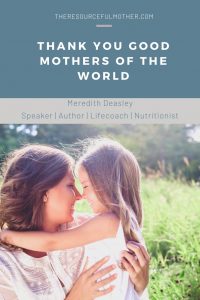 Thank You Good Mothers of the World