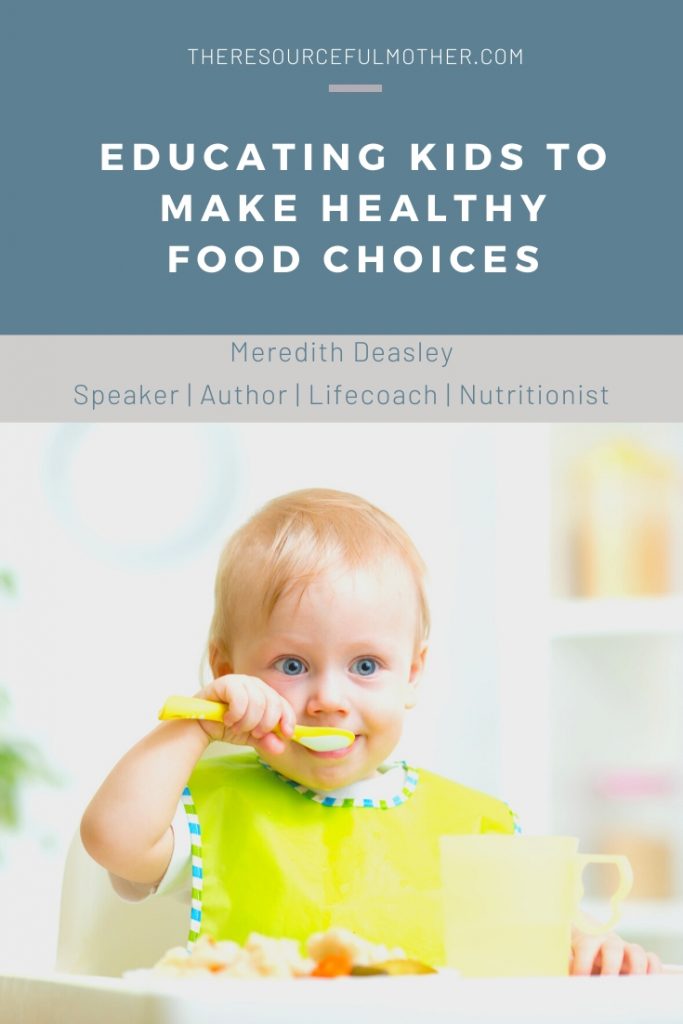 The secret to educating your child to make healthy food choices, is to make the connection between what your child eats and how they feel.  I will share an example of how I did this, many years ago, with one of my children.  My daughter, Paige was only two years old and had recently started school.  At my girls’ school, snacks were laid out on a table for all the children to indulge in whenever they liked.  This is the way some Montessori schools work.  Talk about the most challenging situation for a child you are trying to feed healthily!  For two months, Paige only ate her own snacks that I provided for her.  She knew not to eat the other children’s foods, however tempting they appeared.  Then, she started sneaking cups of juice filled with sugar and chemicals.  As well, after school, she and her friend would head off around the side of the school and Paige would share her friend’s snack, thinking that the parents couldn’t see them.  Remember, Paige was young and hadn’t as yet experienced any consequences from eating the wrong foods.  The second time that I saw Paige sharing her friend’s snack, I asked her to stop.  Not wanting to listen to me, yet looking right at me, she rammed a cookie into her mouth faster than I believed possible. Then she proceeded to grab her friend’s last cookie and stuff it into her mouth just as quickly as the first.  The other parents and I stifled our laughs, while at the same time, trying to control the situation.

Sure enough, Paige didn’t have any bowel movements for days as a result of her forays.  She didn’t sleep well and became pale and unhappy.  Then, one morning, she started hitting the other children at school and her teacher raised it as an issue with me.  That day, while driving home from school, I asked Paige if she was hitting the other children and then asked her “Do you feel good inside when you hit other children?”  Her reply, of course, was “ No.”  I asked her if she noticed she wasn’t going to the bathroom or sleeping well, either.  I pointed out to her that when she didn’t feel well or hit other children, it was because she was eating foods that were bad for her.  I then asked her if she would try to eat only her own foods for the next couple of days, just to see if she felt better.  She agreed.

The rest of the day, I fed her organic vegetables and put supplements in her drinks and food to get her bowels moving and move the unhealthy foods out of her system.  She had 2 large bowel movements by the time she was back at school the next day.  That day, Paige ate her own food and drinks and was well behaved in the classroom and at home.  She continued to eliminate, started to sleep more soundly and the colour returned to her cheeks.  My words to her were “Good girl!  You see, you’re eating your own food and you’re going to the bathroom again; you’re feeling happy again”!  At the age of two, I was teaching my child to be conscious of her own body, to listen to its messages and know that if she didn’t, there would be consequences.  That is how we teach our children to understand the relationship between food and the body.  It is also another way to help our children to learn to trust us.  Most importantly, it is how we teach our children to be responsible for their own health.

Helping your child make the connection between food and symptoms is something you need to communicate whenever you observe a new symptom.  If you are not certain, you can discuss the possibilities with your child.  Maybe your child has sore knees every time he or she eats dairy or has nightmares after swimming in chlorine.  Whenever Paige had sore knees, at the young age of two, she would say, “That’s because I ate ice cream”.  I, being most impressed, would be extremely complimentary of her cleverness.  This, in turn, encouraged her to put two and two together whenever she had a symptom.  “I threw up because of the corn, right Mommy?”  “That’s right, Paige.” I would respond, my voice brimming with pride!

One day, my eldest daughter Taylor said, “Is today treat day?”  I said, “No, the next one isn’t until Saturday”.  She replied “Oh good, I didn’t want another treat day for a while.”  She knew she didn’t feel well, having had all those treats, and she didn’t like feeling that way!

For children who are unclear as to how problem foods affect them, they can keep their own food and symptom journal, from age five or six onwards.  My book “The Resourceful Mother’s Secrets to Healthy Kids” makes the link between commonly allergenic foods and symptoms, in case you want to delve into your child’s symptoms further and discover which foods might be creating a problem for them.

As always, I love receiving feedback. Here on my blog, you’ll get commentluv. This is a plugin that allows you to leave a link back to your own site when you leave a comment. But, you don’t have to be a blogger to leave a comment, I’d love to hear from everyone.