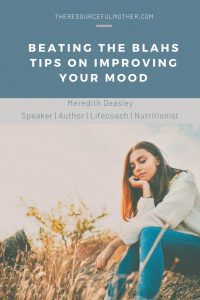 Beating the Blahs – Tips on Improving Your Mood

There isn’t an adult I know who doesn’t experience the blahs every once in a while, if not, on a regular basis. As I have been helping others get through those rough periods, I have been making notes on the most effective methods for improving the mood and it gives me great pleasure to now share those methods with you! 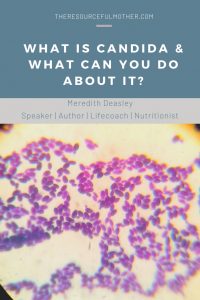 What is Candida and What Can You Do About it?

Frequent use of antibiotics (don’t forget to factor in antibiotics consumed by animals) is considered the #1 contributor to bad bacteria and the weakening of the intestinal wall, subsequently causing candida. Mothers unknowingly pass candida onto their infants in utero, so often life begins for a baby with their bacteria numbers being out of balance.

Symptoms of candida begin in the intestinal tract and eventually lead to intestinal permeability and allergic reactions. An overgrowth of candida causes faulty digestion. When there is faulty digestion, nutrients cannot be digested or absorbed by the body. 99% of the time, when there is candida, there are allergies. Dr. William Crook wrote a wonderful book on the subject called “The Yeast Connection”. Twenty-five years later, only a few medical doctors know about candida. 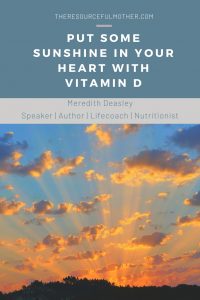 Put some sunshine in your heart with Vitamin D

Much research has come to light in the past couple of years on the need for and power of Vitamin D. It is estimated that 70 – 90% of North Americans and 7 out of 10 children in the U.S. are deficient in Vitamin D. Vitamin D deficiency causes or worsens all kinds of symptoms, conditions and disease; the deficiency even leads to as much as a 60% increase in cancer rates. You may be deficient in Vitamin D if you or your child is experiencing one or more of the following: 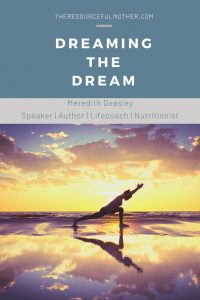 At this time, each year, we have the privilege of experiencing a moment of time, in which we think about what the New Year might hold for each of us. We can dream of making an aspect or many aspects of our lives better or we can dream about continuing to be overcome by the joy that we are currently experiencing. Dreaming the dream is, in itself, so incredible…. and whatever we can dream for ourselves really is possible for ourselves, otherwise we wouldn’t dream it. 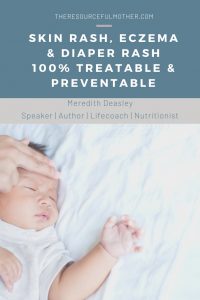 So many children these days experience challenges with their skin. Rashes are, in fact, an attempt to get rid of toxins that are not properly eliminated by the body. The skin is an elimination organ. If the body cannot dispose of the toxins, the skin will break out in a rash in an attempt to rid the body of waste! The good news is that skin rashes are not only treatable but preventable as well! 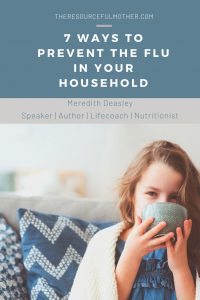 7 Ways to Prevent the Flu in Your Household

The flu, originally called Influenza, has been attacking households for weeks now. Having successfully prevented and treated the flu within our family and with my clients, I felt it was time to spread the information to help others do the same! Below you will find 7 tips to avoiding the flu in your household this season. 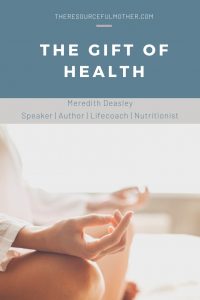 The Gift of Health

We all know someone that is sick or has died from health challenges. The best way to keep our children healthy for life is to implement a healthier lifestyle, with Mom and Dad setting the example. But how do we do that, you ask? First of all, we need to become conscious of the need to implement change. Secondly, we need to commit to making one change at a time. Here is a list of 9 options: 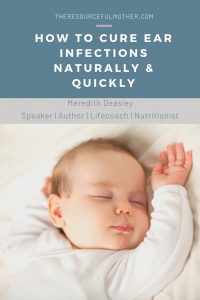 How to Cure Ear Infections Naturally and Quickly

Some time over the winter months, your child might contract an ear infection and be in pain. Depending on your child’s age, he or she might tug at their ears, cry out in pain, have red ears or be old enough to verbally share their pain with you. There is no need to panic! In this blog post, I will share the causes and natural treatment for ear infections in your child. 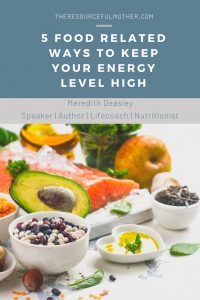 When you see a child in the mall screaming, crying or having tantrums, either it is their nap time, mom or dad has kept them shopping too long, they are over-stimulated or they have low blood sugar! When you and your spouse are spending a lovely afternoon together and he just suddenly snaps, take a look at when he ate last – is his blood sugar low? When you struggle to finish a project that you have been working on for 3 hours because your concentration is waning, when did you eat last?