Are Height and Size Impacted by Nutrition? 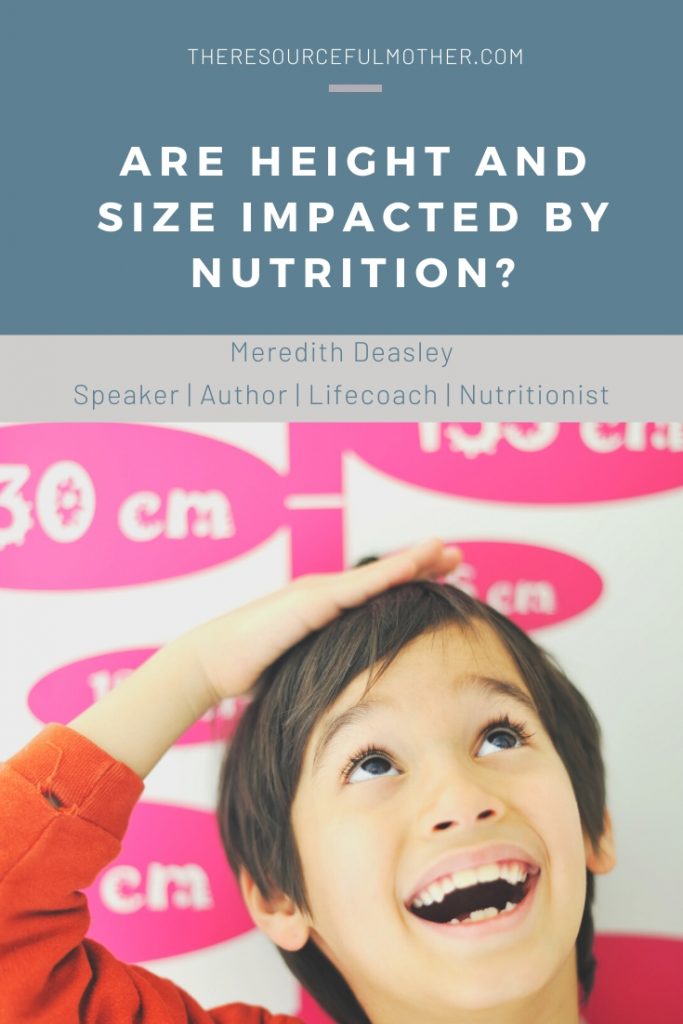 Recently, my girls and I made a trip to Niagara-on-the-Lake, where we visited the home of Laura Secord.  There was a particularly well-researched historian there, named Kyle Messiana, who gave us an incredibly informative and interesting tour of Laura’s homestead.  Kyle talked about the myth of our ancestors being smaller than us and was well aware of the role that nutrition played in the determination of the size of some of our ancestors.  He was kind enough to share the following information with me.

There is a persistent myth that people used to be shorter centuries ago than they are today.  Do the smaller beds back then prove that people were indeed smaller?  Actually no.  Because beds back then had tall headboards and are often displayed in large rooms with high ceilings; optical illusion makes them appear shorter than modern day beds.

In the 1960’s, a British costume authority Doris Langley Moore attempted to correct the myth of small ancestors.  Despite claims of the average woman having only a nineteen-and-a-half inch waist, Moore pointed out that of more than two thousand women’s garments that she measured, the average waist was at least 24 inches.  Only one garment had a nineteen-and-a-half inch girth.  Many of the antique dresses and men’s suits had measurements that corresponded to those of contemporary women and men’s outfits.  The costume collections at the Smithsonian Institution and Colonial Williamsburg match these findings.  Of course, the gowns with full skirts give the illusion of small waists and so do the triangular stomachers that narrow to a point at or just below the waist.

How tall were our ancestors?  We know that men in the 1700’s, varied in height from four feet, seven inches to six feet, six inches tall, much like they do today.  However, it is very interesting to note that it was known that the diets of servants and slaves were often nutrient deficient, causing them to experience reduced height compared to the average man.

So, when looking at the children of today, starting with the size of newborns, what role is nutrition playing?  Well, babies born very small i.e. less than 6 pounds, are usually nutrient deficient.  Actually, most babies are born nutrient deficient these days but it doesn’t always show up in their size.  And extreme smallness in children (height and weight) can also be a sign of nutrient deficiency.  Other contributors to extreme smallness are lack of adequate protein, lack of sufficient sleep, too much sports, genetics or Celiac Disease (a disease caused by a complete intolerance to wheat).  I have helped many babies with ‘failure to thrive’ by removing wheat from their breastfeeding moms’ diets.

I love receiving feedback.  And, here on my blog, you’ll get commentluv. This is a wonderful opportunity to leave a link back to your own blog when you leave a comment!